My co-authors and I recently published a qualitative paper in the Journal of Nutrition showing how “gender norms” affect the prevalence of anemia among women in rural India.  I thought back fondly to my time preparing for data collection in Odisha, India – colorful saris, spicy chai on the side of the road, and the women who graciously gave their time to be interviewed. I also reflected on the women who recounted the vastly different expectations of women compared to men. They spent their days dedicated solely to taking care of the family (cooking chapati, sweeping floors, bathing their children, and making sure their mother-in-law had everything she needed). Their own nutrition and well-being were an afterthought. Men always came first. In sum, women’s livelihood and well-being were much less valued.

Our charge on this trip to Odisha was to understand the barriers and facilitators for intake of iron-folic-acid supplements and eating iron rich food to reduce anemia as part of the Reduction in Anemia through Normative Innovations (RANI) project. An emphasis on gender norms was not in our proposal, nor our research questions. But we quickly found that they were a potent upstream barrier that would make this seemingly simple behavior (taking a weekly iron supplement) difficult to enact. After interviewing men, women, and key informants, we found that fatigue, the primary symptom of anemia, is considered a woman’s plight. Therefore, anemia is more likely to go undetected and unremarked upon. Women have less autonomy to leave the house to seek preventive treatment — such as iron- folic- acid supplements or testing for anemia. Women focus on others in the family – often eating “last,” or consuming “leftover” food after other family members have eaten – which often means less iron-rich food. One woman stated, “After they’ve finished their meals, I have my meal from the leftovers; I have to adjust.” Men are also the primary decision makers for household spending and may overlook the need for iron-rich food for the family. Women also reported that men spent most of their earnings on alcohol – leaving less money for food.

Our findings highlight the need to examine the entire social context of a person’s life when trying to change behavior. While these norms are entrenched in social systems of unequal power and gender hierarchies, it is critical to understand them — and even better to try to challenge them. Of course, social and gender norms differ across sub-groups and contexts; formative research and local stakeholder input is essential to relevant intervention design.

Qualitative findings from this study also informed items for a new gender norms scale, the G-NORM, (currently under review). Based on our research, in combination with the theory of gender and power, and social norms theory, we identified scale sub domains. This scale is unique in that it captures both descriptive norms (perceptions about what others are doing) and injunctive norms (perceptions about what behavior is expected). With additional qualitative research and cognitive interviewing, it is currently being adapted for Nepal and could also be validated in other South Asian countries and emerging economies. Quantitatively measuring the complex phenomenon of gender norms is not an easy task but it is critical to properly adapt the measure across multiple contexts. For example, while we identified eating order as an important item in this scale, this might not be as relevant in Sub-Saharan Africa. On the other hand, this scale elucidates some aspects of gender norms in South Asia that often go unmeasured such as women eating last within the family and thereby not getting enough to eat. Given that more than one third of women worldwide suffer from anemia, understanding how gender norms contribute to anemia could change the narrative from a biomedical issue to one of social justice.

Dr. Erica Sedlander is the Director of Research and Dissemination in the Family and Community Medicine Department at the University of California, San Francisco (UCSF). 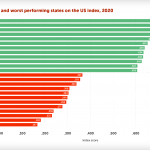 Half of American Women Feel Unsafe Because They Are WomenBlog 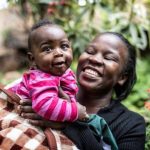 Women’s Empowerment and Child Nutrition (and Growth): Spotlight on AfricaBlog

You have successfully registered

There was an error while trying to send your request. Please try again.