Imagine Fatou, a woman entrepreneur selling beignets in the streets of a bustling Dakar neighborhood. Her beignets sell out daily, and she knows there is potential to earn more money, so she decides to hire a worker who can help her to bake beignets in the morning. Her business grows.

Fatou has exercised agency—defined by Naila Kabeer (1999) as “the ability to define one’s goals and act on them.” She had to set a goal based on her preference to expand her business, perceive that her goal was potentially achievable, and then act—and in the process, she boosted her economic empowerment.

Indeed, agency is the process through which empowerment is achieved. That’s why many types of international development interventions seek to increase women’s agency, either explicitly or implicitly. These can be programs that try to shift existing beliefs or norms about women’s status and capabilities, or programs that increase women’s control over critical resources.

Measuring agency is difficult, however, and existing measures are incomplete. A recent paper by Donald et al (2020), lays out a framework for comprehensive measurement of the three components of agency: goal setting, perceived sense of control and ability, and ability to act on goals and values.

To have agency, an individual must have the ability to define goals that are in line with their personal values. When choices or actions are motivated by fear of judgement or internalized social expectations, these actions are not a manifestation of agency. The Women’s Empowerment in Agriculture Index (WEAI) captures this sense of motivational autonomy. Questions in the index ask, for example, why a woman chooses to keep certain livestock. Is it because she is unaware of any other options? Is it because she fears judgment from her community if she goes against the grain? Or does she act based on the belief that her choices are the best ones?

While these questions capture the concept, there is a tricky complication: distinguishing between choices that are indeed motivated by personal values, and ones motivated by internalized social norms. Internalization of restrictive norms can constrain the horizon of opportunities before someone even makes a choice—and play a role in perpetuating gender inequality. For example, the filtering of men and women into different sectors of the economy based on perceptions of what is “suitable” for men and women exacerbates gender differences in earnings. Of course, discrimination contributes to gender segregation of the labor market, but research from the World Bank’s Africa Gender Innovation Lab shows that it is also the product of gender differences in choices of career paths.

The “perceived control” aspect of agency means that individuals feel they have some control over their lives, and the ability to achieve their goals. This psychological dimension of agency is fundamental because perceiving oneself as able to achieve a goal is necessary to motivate action. Perceived control is most commonly captured with measures of self-efficacy or locus of control. Another avenue worth exploring is how well this dimension of agency can be captured by certain measures of socioemotional skills, such as perseverance, which are correlated with improved outcomes. A study in Malawi (Montalvao et al, 2017), for example, showed that women with higher levels of perseverance are more likely to adopt cash crops. Researchers used a scale developed by psychologists to capture women’s sense of perseverance, measuring it via questions including:

These questions get at this sense of control—a woman who responds affirmatively indicates that she perseveres in the face of challenges, presumably because she believes her efforts can make a difference in her life. Future research should examine whether measures of perseverance adequately capture the “perceived control” dimension of agency.

The third dimension regards taking decisions and acting on goals, or having the ability to do so. This component of agency can be directly limited by women’s relationships with other people or her status within her community.

To examine this third component, researchers have commonly used questions that measure a woman’s decision-making power relative to her husband. One drawback to these questions, however, is that the decision-making process is dynamic and nuanced – both things that are hard to capture with questions about who has ‘the final say’. Recent research using responses from both husband and wife about decision-making power finds that using only one person’s assessment of who has final authority can limit our understanding of a woman’s ability to enact her goals.

The study by Donald et al (2019) finds differences across measures of economic, health, and violence outcomes, depending on whether the husband and wife agree that the wife has some decision-making power, whether she claims more power than he attributes to her (or vice versa), or whether she is excluded from decision-making. These differences suggest that additional measures to capture women’s power to act, and when and how that power is contested, will add to our understanding of women’s agency.

Much more experimentation is needed for improving our methods of measuring agency. Developing measurement tools that can accurately determine the extent of women’s agency can help to diagnose the constraints that women face. This is a critical step in designing policy and development programs that are effective at boosting women’s empowerment.

Courtesy of Jonathan Torgovnik/Getty Images/Images of Empowerment. Some rights reserved.

[1] The authors work with the Gender Innovation Lab at The World Bank. The Gender Innovation Lab conducts impact evaluations of development interventions in Sub-Saharan Africa, seeking to generate evidence on how to close the gender gap in earnings, productivity, assets, and agency. The impact objective of GIL is increasing take-up of effective policies by governments, development organizations, and the private sector in order to address the underlying causes of gender inequality in Africa, particularly in terms of women’s economic and social empowerment.

Alison Decker is a research uptake specialist at the World Bank’s Africa Gender Innovation Lab, working to disseminate evidence on women’s economic empowerment related to social norms, property rights, and agriculture. Prior to joining the World Bank, Alison worked in communications with the UN World Food Program in Senegal and the Aspen Institute in Washington, DC. She holds a Master’s degree in International Economics and International Development from Johns Hopkins School of Advanced International Studies.

Aletheia Donald is an Economist at the World Bank’s Africa Gender Innovation Lab. Her research focuses on identifying and addressing gender-based constraints through the analysis of development project impacts and improving the measurement of their outcomes. Aletheia coordinates the Gender Innovation Lab’s work on measuring women’s empowerment. Before joining the World Bank, Aletheia was a Research Fellow at Harvard’s Evidence for Policy Design and Head of Research for the NGO Empower Dalit Women of Nepal. She holds a Master’s degree in Economics from Yale University.

Rachael Pierotti is a Social Development Specialist for the World Bank’s Africa Gender Innovation Lab. She is a sociologist who specializes in the study of the social dynamics that drive gender gaps in labor force participation, occupational choice, entrepreneurial success, wages, and agricultural productivity. She also has a background in the study of demographic behaviors, such as marriage timing, fertility, and reproductive health. Rachael earned a PhD in sociology from the University of Michigan in 2013. 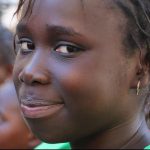 Data On Gender Norms: Can We Find And Use What Is Missing?Blog

You have successfully registered

There was an error while trying to send your request. Please try again.